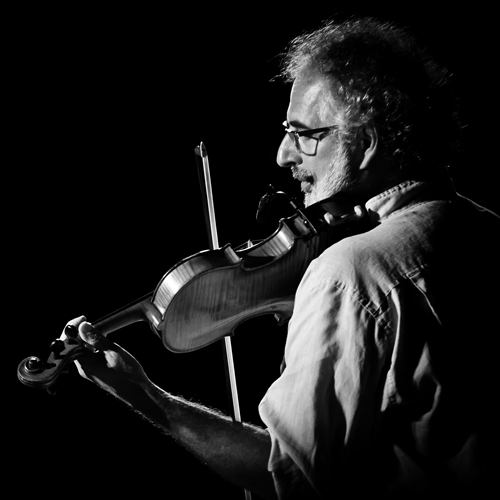 Despite the classical imprints acquired during the years spent attending lessons in the music academy, he quickly developed a strong passion for popular tradition in music.

Violinist since 1981 in Morrigan’s wake group, that purposed a repertory of traditional celtic music, in 1991 he founded the Bevano Est group. With this project he got to know more about traditional music of the Mediterranean area and from the east part of Europe.

He cooperated with the Sabbatriò, Gianluca Lo Presti and many others. More than 10 years ago he became the director of an overall music project called Orchestrona in the “Scuola di Musica Popolare Forlimpopoli”. In the same school he used to teach violin to his students.